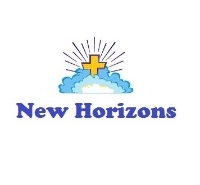 » ALL NATIVE'S CK THIS OUT

» To Your Health ... Miracle Ginger Tea

» STILL CANT GET INTO CHAT

» Cant get into chat Im a member

On May 20, 2013, an E-F5 tornado tore through Oklahoma.  First touching down in Newcastle, a preview of the devastation that would follow was witnessed.  It approached Moore from the southwest corner and swept northeast, leaving mostly debris in its path.  In addition to hundreds of homes, two schools, a hospital and numerous businesses were reduced to rubble.
Several members of OOM live in and near Moore and once the storm had passed they began helping neighbors from storm shelters and amidst the debris, while others made preparations to respond to the needs of residents.
Early the next morning, the local chapter of Christian Motorcyclists Association (CMA) began setting up base camp in the Target parking lot at the southern edge of Ground Zero, joined by God’s Hand International.  GHI’s CEO and CTO were first to arrive on scene.  Law enforcement, the media and multiple agencies were arriving and setting up... CMA had the coffee on, and they began to construct a makeshift relief station with tents and pop-ups.  Fatalities and injuries were confirmed.
The first couple of days were spent serving rescue workers and the many agencies involved.  As the protocol shifted to recovery, members began to mount up on RTV’s (on loan from members, other individuals and churches) delivering water, coffee, food and supplies into the residential communities, circumventing impassable roads.  Working closely with the multiple agencies and a group of New York firefighters, supplies began to arrive at the relief station.  Diapers, paper products, shovels and rakes, food, clothing and other items were dispatched into the communities as quickly as received.  A grounding presence in the mass confusion, members were quick to greet with hugs and depart with prayer. So many people expressed helplessness, still in shock and not really knowing what to do - until this help came.

Through a coordinated effort, regular updates and identification of needs were published on Facebook, the GHI website and OOM chat and Forum. Donations of badly needed funds and supplies began to roll in from across the Country.
Although neither ministry met the criteria to remain at Ground Zero, law enforcement recognized and appreciated all they were doing and allowed them to stay. The GHI Board Secretary arrived with a truck of donated supplies.  Other staff and members rallied to join in. Cell phones continued to ring non-stop.  Most called to extend their concerns and offer prayer, the most common comment being, “I saw all the damage and destruction and the reports of people who had lost everything they had and my heart is breaking for them.  Prayers are going up!”  By the fifth day, help was rolling in from Oklahoma, Kansas, Missouri, Colorado, Nevada, Arkansas, Texas and Louisiana.  Some dropped off supplies and/or monetary donations.  Others stayed for a day or more and provided badly needed recovery time for local members that had been working long hours with very little rest.  It was overwhelming to see how much people cared, even people who were complete strangers.  Supplies began to arrive from churches and other ministries that had become aware of our efforts. Eleven days into the rescue and recovery effort, lightning struck twice. Another, much larger tornado swept through the area with more death and destruction, including significant flooding.


Time seemed to stand still.  Before they knew it, the crew was into week two.  Donations of supplies continued to roll in and out with expedience.  As needs were discovered, they were quick to respond – Gatorade, water, food, paper products, baby formula and diapers, cribs, toys for the kids... many things that we’ve all come to take for granted. A couple from Wyoming setup a catering operation next to us and spent nearly two weeks preparing hot meals for relief workers and victims - a welcomed addition to the effort.  When able, we carried meals and drinks into the affected neighborhoods.

In week three, a 75 foot semi-trailer, “filled to the brim” with donations, arrived from a donation site for GHI in North Carolina organized by a GHI Staffer.  By now, the base of operations had been moved from the Target parking lot, next door, to Dick’s Sporting Goods.  Target corporate had issued a directive to “return to normal.”  Included in the shipment was a tremendous amount of clothes.  They were not equipped to handle those and quickly set out to dispatch pickup truck loads to churches that were set up as relief stations.  Loads were sent to El Reno and Shawnee – two other affected areas.  Also in the shipment were 21 new generators, intended to be loaned out until power was restored – then loaned out again – multiple blessings realized.  GHI also provided a 48’ box trailer, allowing dry storage until items could be dispersed. Special thanks goes out to the GHI COO/webmaster who spent countless hours organizing fundraisers for the victims, working out logistics with the NC group, and finding the trailer supplier among other tasks and projects!

By the beginning of the fourth week, all clothes were gone, and a mountain of bottled water was reduced to a foothill. The operation is projected to conclude at the end of the fifth week with remaining supplies to be transferred to the multi-agency warehouse.  “I can’t tell you how many times God just put someone in our path that really needed our help,” Watson said.  “We’ve hugged, listened to stories, prayed and witnessed to countless folks.”  Resulting from this effort of love were six salvations, 11 re-dedications, with hundreds of prayers offered up.  “Many lives were touched – and new friends were made – relationships that will, no doubt, last a lifetime.  On behalf of the staff of God’s Hand International, I want to extend heartfelt ‘Thanks & Blessings’ to all that contributed their money, time, resources and prayers.”

Throughout the entire effort, we experienced additional high winds and thunderstorms.  Operating under tents and tarps presented multiple challenges.  It was really tense for a while because you never knew what the weather was going to do or where a tornado could go, but we had faith that God would take care of us.  The commitment of all involved was remarkable.  “We knew we were there to do the Lord’s work and He would provide for us and keep us safe,” Watson said, “so we just kept on keeping on.”

This was a very emotional experience for all, but the healing process has begun.  Entire neighborhoods are gone – with only debris, scattered makeshift memorials and tattered American flags remaining.  The residents of Moore are a resilient lot, and will long remember “those loving folks.”  The banner read, “Free Hugs & Prayer.”  Indeed, we were blessed to be a blessing.

Update 7-24-13:  Reconstruction is well underway.  All of the national organizations pulled out weeks ago, leaving control with State authorities.  FEMA maintains a small support presence, but contractors have been rolling in from across the country and one can readily see progress.  GHI ceased operations there last week.  Local members continue to provide case-by-case ministry.  All remaining funds will be split between the families of children lost in the school.  Prayer shawls are being finished up to accompany checks when delivered. 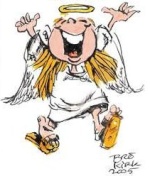